How Mark Twain taught me to write better 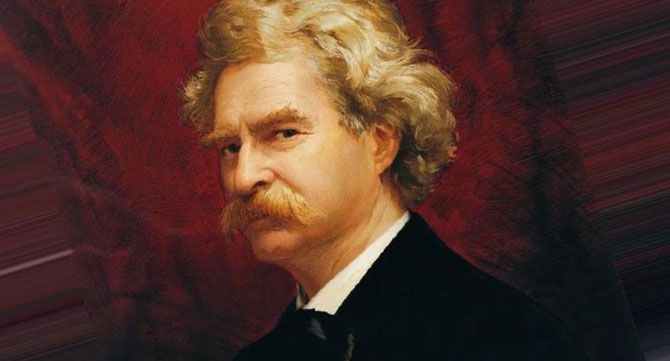 I wanted to call my first son Huck. Luckily for my doubting husband, she was a girl and was spared. Second child? Another girl. So I settle for calling them Huckleberry, interchangeably, for fun and the weird looks I get which make my day.

I fell in love with Mark Twain, well,  I fell in love with Huck and Tom, and with Tom and Becky, and their river adventures. Too young to understand much of the nuance (until forced to analyse it as a high schooler), with age my appreciation of Mr Samuel Clements has grown.

The man could write, and he had some smart things to say about writing, communicating and life.

some of my favourite quotes from Mark Twain on writing better.

“Substitute ‘damn’ every time you’re inclined to write ‘very’;  your editor will delete it and the writing will be just as it should be.”

Listen to your heart

“When all else fails, write what your heart tells you. You can’t depend on your eyes when your imagination is out of focus.”

Know what you’re working with

“Get your facts first, then you can distort them as you please.”

Easy on the adjectives

“A man’s character may be learned from the adjectives which he habitually uses in conversation.”

“The man who does not read has no advantage over the man who cannot read.”

“The secret of getting ahead is getting started.”

The right word at the right time

“I didn’t have time to write a short letter, so I wrote a long one instead.”

“The human race has only one really effective weapon and that is laughter.”

Know when to shut up

“The right word may be effective, but no word was ever as effective as a rightly timed pause.”

Know what to leave out

“A successful book is not made of what is in it, but what is left out of it.”

“I notice that you use plain, simple language, short words and brief sentences. That is the way to write English―it is the modern way and the best way.”

“Writing is easy. All you have to do is cross out the wrong words.”

“Use the right word, not its second cousin.”

“One should never use exclamation points in writing. It is like laughing at your own joke.”

Be on alert for adjectives

“As to the adjective: when in doubt, strike it out.”

“Anybody can have ideas–the difficulty is to express them without squandering a  of paper on an idea that ought to be reduced to one glittering paragraph.”

Write for your audience

“If the writer doesn’t sweat, the reader will.”